Keeping up with our Community Spotlights with our next feature: Momone, the head of our social media! Read on to learn more about how social media affects Japan's perspectives of beauty. 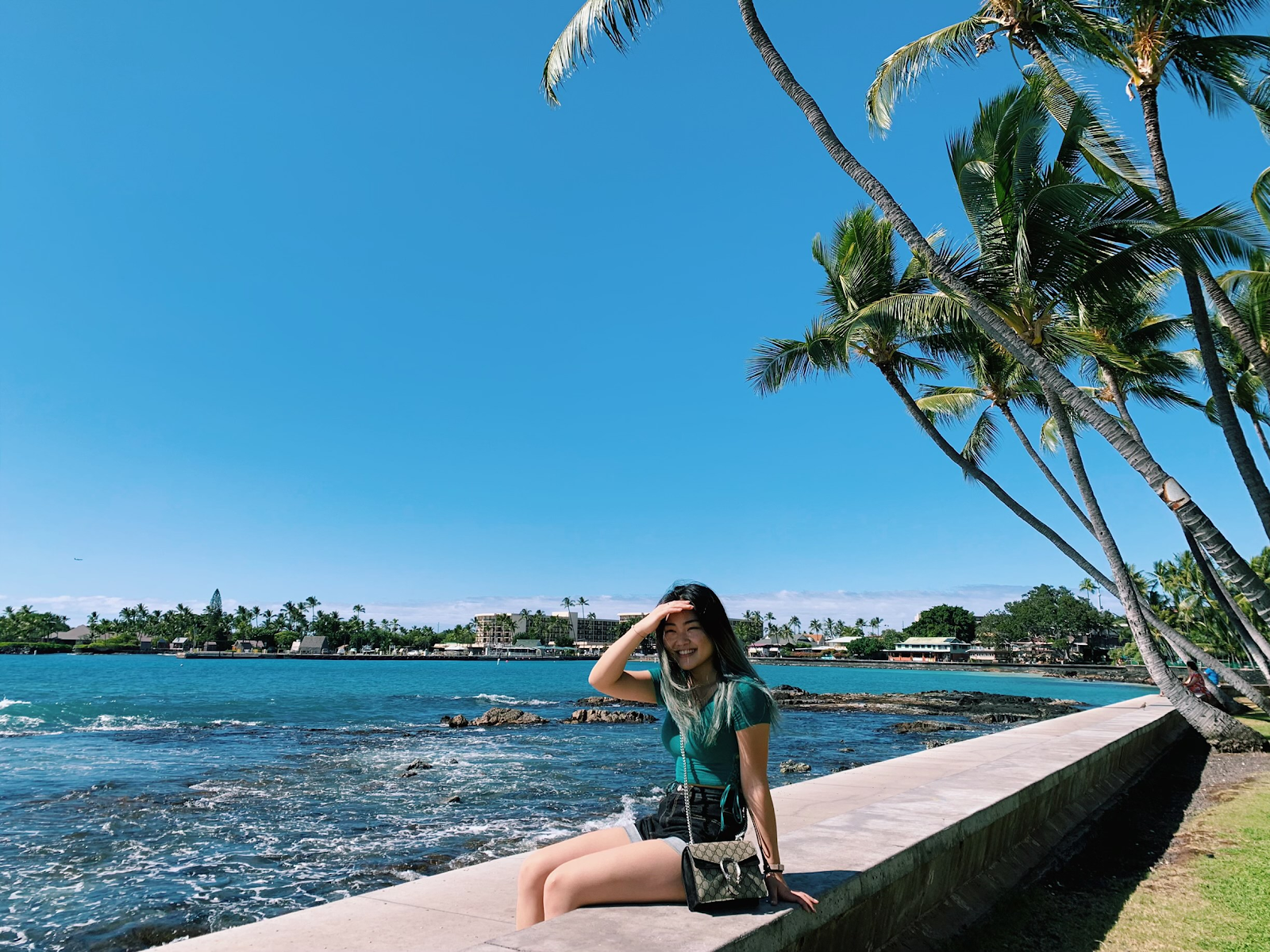 Momone! Other than that super crappy technical hiccup, how are you doing?

Pretty good! (laughs) I’m usually sleepy in the mornings, like during our other meetings, so I’m a bit more awake now.

Oof, I’m so sorry. I’d be struggling too to be honest, I’m a night owl.

Yeah, me too! I hate mornings (laughs).

You’re a trooper for being there for our meetings! So Momone, you’re on our social media team. Did you go to school studying media? What’s your background?

I actually didn’t go to school for media or anything. I went to school for philosophy, psychology, all of that. When I came back to Japan, I was looking for a job where I can use English and Japanese. Then I heard about Cosme Hunt! I contacted Chloe and she was looking for interns, so here I am! (laughs).

Wait, so you found Cosme Hunt while in Japan?

Yeah, when I came back to Japan, I found Cosme Hunt. 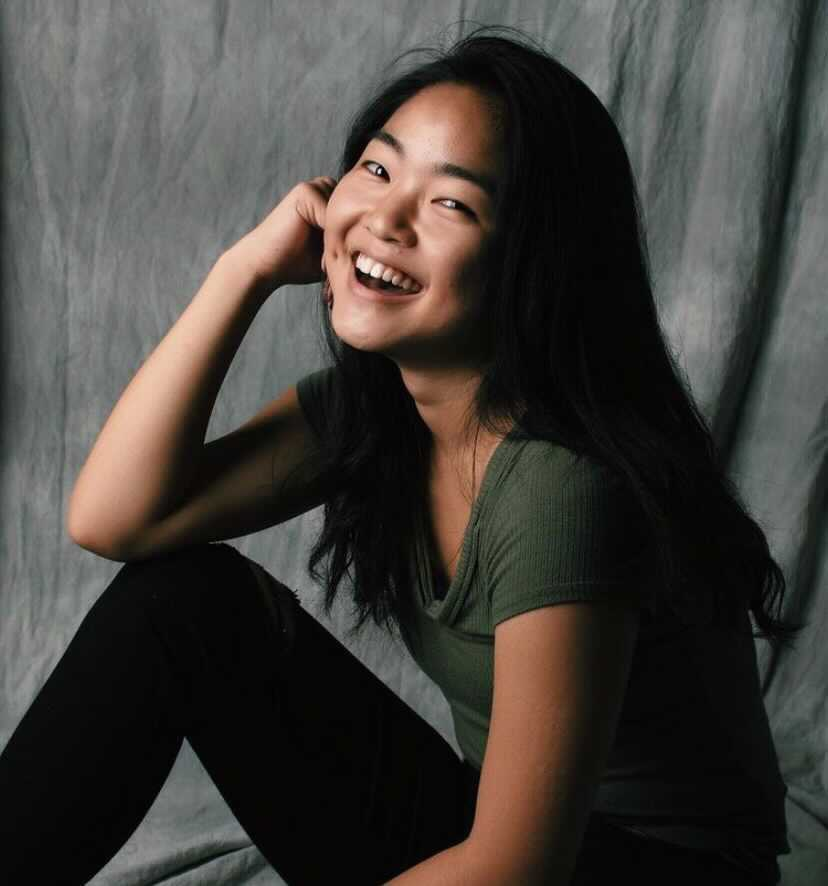 That actually touches on my next question! You’re currently out in Japan and working with a US-based company. In terms of social media, do you notice any differences in the ways the two cultures treat online presences?

Yes, I think so. I think in the West, people are more careful about what they post and more aware of what’s happening. They use social media to amplify their voice and opinions. In Japan, it’s a lot more… I don’t really know the word.

Is it one of those words that don’t translate well? (laughs)

Yeah! (laughs) I don’t know the English word. But in Japan, they don’t use social media to talk about what’s happening around the world. It’s a bit mysterious? I think they use it more for fun.

For funsies? Like to highlight the individual, in a sense?

Yeah, that’s what I find to be the main difference.

Are Cosme Hunt’s accounts US-centric? Or do we have a separate account for the Japan side? You know, now that you mention it, it makes sense that Japanese people use social media a bit differently. When I have to scroll through Instagram, I can feel a different vibe when I come across a Japanese account. US people have to carefully craft what they put out. Is social media used as a background check in Japan too, or is that a strictly US thing? Like you know when people say, “Be careful with what you post because you don’t know if a future employer will see it!”

I’m not sure! I haven’t heard of that in Japan. Maybe companies do it, but I don’t think it’s common. If I told my Japanese friends that they’d have to be careful in that sense, they’d be surprised. They wouldn’t expect companies to look at their social media. But there could be some companies, maybe?

I guess the social media vibe there hits a lot differently. Would you say that here, on the US side, social media presences are intrinsically attached to the person? I feel like in Japan, you can separate the person from the account.

I think in the US, people are more open on social media. They’re honest, and they really show themselves. In Japan, they’re not really that open? They don’t really show personal stuff, it seems.

Social media makes the globe seem a little less huge due to how interconnected we all are. In your opinion, do you think that social media can, or already has, influenced the beauty standards of people in the western and eastern hemispheres?

Yes, of course! Recently, there are more people on social media showing their actual skin textures. But normally, you see perfectly touched up skin, bodies, and makeup. So of course, that would make the beauty standards even higher. But I think recently, I’ve seen a lot of “exposed” accounts, like where they show touched up versus real photos of celebrities. I feel like now, people are more aware that what you see on social media isn’t actually true.

Yeah! But I feel like you can still be really influenced by all of those “perfect” pictures you see. Now that skincare is huge, I think people are more concerned and sensitive about their skin.

It’s like how taking care of the base is more of a focus now, that’s an Asian trend coming over to the West.

I think in Asia, people would use those heavily filtered…

Yeah, yeah! Those are ridiculously edited. They look like aliens (laughs). In the West, they make it look more natural or realistic. In the East, everyone knows it’s heavily edited because they use those filters. It’s harder to tell in the West because it’s photoshopped, and it’s more professional.

You definitely have a point! You mentioned some things are more heavily done, it reminds me of when I interviewed Mary. We talked about how the makeup styles are night and day. Isn’t it like enhancing natural features in Japan? And out here, you have to have a cut crease and your eyebrows have to be on fleek (laughs). Has the US style influenced the makeup there or does the makeup style still lean toward natural enhancement?

Well recently, and slowly, people in Japan are more accepting of diversity in beauty. Before, tan skin was seen as bad here. But now people are accepting it more, and the same goes for makeup too. Do you know the Harajuku style of fashions?

They’re very unique and each person does whatever they want. Also, genderless makeup has been more popular in Japan, since 3 or 4 years ago. Before, if men wore makeup, it would be seen negatively because of the conservative culture. Now, lots of genderless models are getting more popular. They don’t identify as a girl or a boy, they just like to wear makeup. Anybody wearing makeup is becoming more accepted. You can wear natural or glam nowadays. I think now, people are more free to choose and are accepting.

I think social media has a huge effect. Especially Youtube! A lot of beauty gurus have Japanese subtitles. So now, more people are able to see that there are more options than natural (laughs). Also celebrities and singers, like Ariana Grande, are popular. When people follow those celebrities, they see that they don’t wear natural makeup on stages and whatnot. So yeah, of course social media has had a huge effect on how Japan’s more accepting. We’re an island; we don’t really have neighboring countries that we can easily go to. I think a lot of people in Japan have never left Japan, so social media has to be one of the biggest reasons they see different people. I don’t know why, I kind of forgot Japan was an archipelago (laughs). Sometimes, the Japan team seems so close because of the internet, so I forget we’re on different sides of this big rock.

Actually, do you know the YouTube channel Asian Boss?

I think their target audience is people in the west. Some Japanese friends that don’t speak English watch Asian Boss videos because it’s interesting to see how the west looks at the east. There are a lot of YouTube channels that highlight the eastern and western cultural differences.

The global media talk was kind of the last thing I wanted to chat about with you! It just felt right to talk to you about that type of thing (laughs). Were there any closing remarks you wanted to drop to the readers? Any philosophy things? Or rather, what are you into nowadays? It doesn’t have to be makeup.

Well… I think I’ve talked to Lizzie about this, but we’re both into K-pop.

(laughs) My favorite group is BTS, so I’ve been watching a lot of their videos. I feel like they’re doing a lot not just on social media, but to break Asian norms and gender roles.

I think it’s great that groups like that are getting popular. I know that some of my Japanese friends had negative opinions about K-Pop at first because the guys would wear makeup. For others, it’s normal. But for a Japanese person who’s never left Japan, that might seem weird. But now that they see it everywhere, it’s normalized. Small stuff like that, I’m glad that groups like that are getting popular.

You always hear about NSYNC or One Direction, it’s always English speaking lads being the big groups. So it is very rare to see Asian representation literally dominate.

Yeah, and I’m happy about that. I’m sorry that doesn’t have anything to do with social media or makeup, though (laughs).

It’s okay! It’s a genuine conversation, and I had a lot of fun! I hope you did too!

I did! I was a bit nervous, but I’m never nervous to talk to you because you’re fun. I’m glad we did this, thank you!

It was nice chatting with you, I’ll see you at our meeting next week! We hope you liked learning about Momone and what she thinks of social media in the west vs. the east. Follow our Instagram to see more of Momone's posts! Leila is a self-proclaimed "child of the internet" as she has been a netizen since MySpace and Neopets days. The website that fascinated her most was YouTube, which eventually led her to graduate from San Francisco State's Broadcasting and Electronic Communications program. When she's not going down internet rabbit holes, she experimenting in the kitchen or doing weird voice impressions.